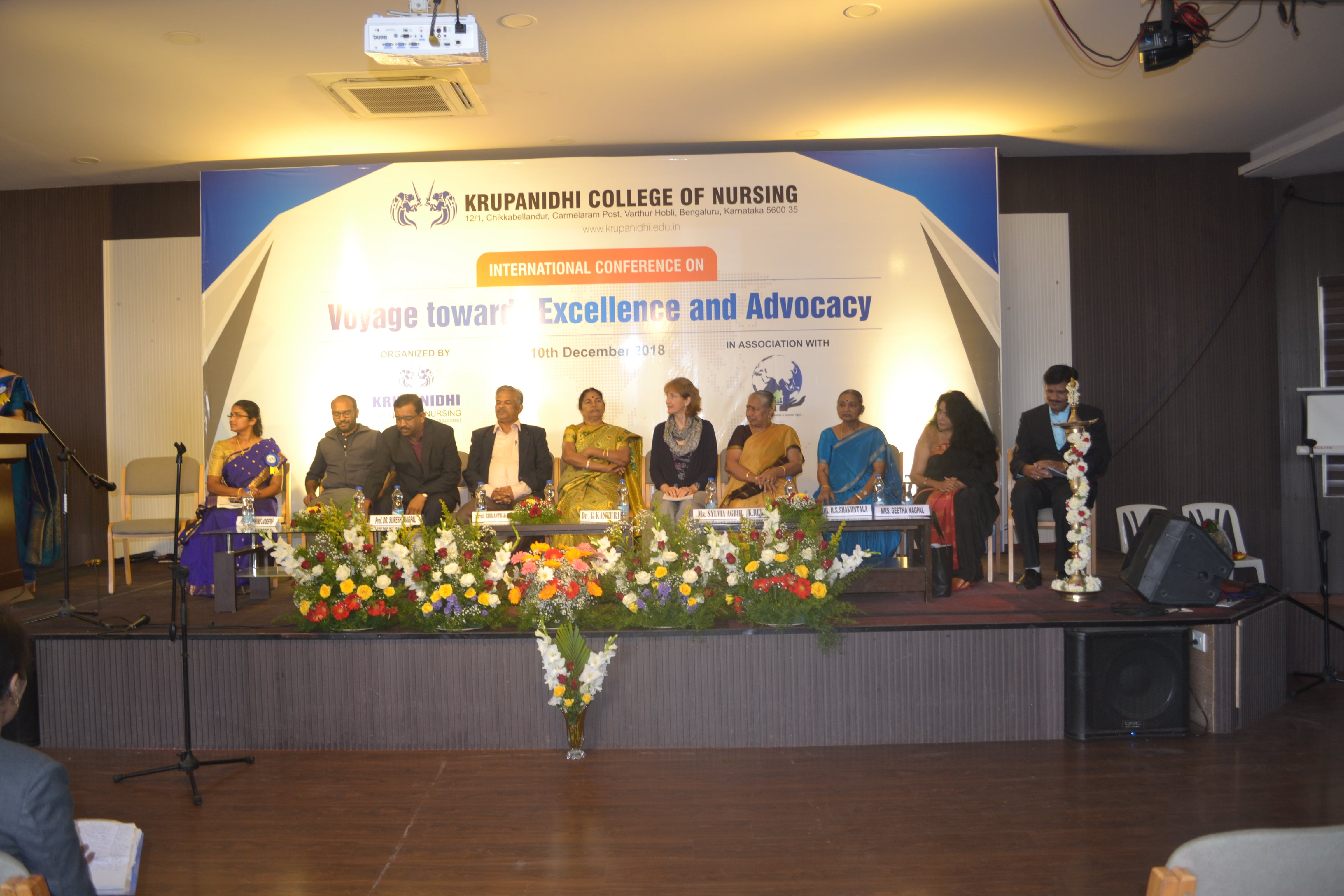 An international conference on “Voyage towards excellence and advocacy” was organized by Krupanidhi College of Nursing on 10th December 2018. The program started at 10.20am Prof. Reena Ravi welcomed the gathering and launched the conference officially. Mrs. Meenu Cherian hosted the sessions and the first panel discussion was on professional leadership. The modulator was Dr. Hemalatha, Principal, Universal College of Nursing and the speakers were :


The panel was very active and informative. After that the formal inauguration of conference with felicitation of Mr. Somashekkarayya Kalmath, First senate member from nursing department , was conducted . The Chief Guest was Prof. Srikanth Phulari, KNC Registrar and he addressed the gathering. Dr. Sanjay M Peerapur, Principal, KLES Institute of Nursing Hubli, explained about senate election and their journey till victory was revealed. He also introduced Mr. Somashekkarayya Kalmath. Dr. G Kasthuri, Former Principal , Government College of Nursing felicitated him and followed by Mrs. Geetha Nagpal, Vice Chairperson given the presidential address. The inauguration session winded with vote of thanks & college anthem the gathering was dispersed for a short coffee break. The next session was about Nursing empowerment, challenges & its strategies to overcome by Mr. Santosh Mahindrakar Founder Member, IAPH (Innovative Alliance for Public Health) It was a wonderful session with lot of group participation. The third session was transcultural ethics & health care professionalism by the guest speaker all the way from Germany Prof. Sylvia Agbih. She gave a lot of examples about cultural background & ethical influence.


The lunch break was from 2.30 pm to 3.30pm followed by the last panel discussion on the “ Leadership in Nursing”.


The session was very active and they discussed their experience too. The valedictory started at 4.30 pm and a token of appreciation was given to all the resource people. The best oral and poster presenter were awarded the certificate of merit. KNC observer gave a note on the day proceedings and she was given with a token of appreciation. The conference ended with national anthem. 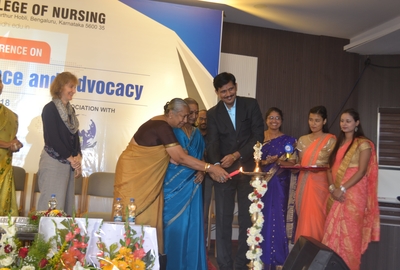 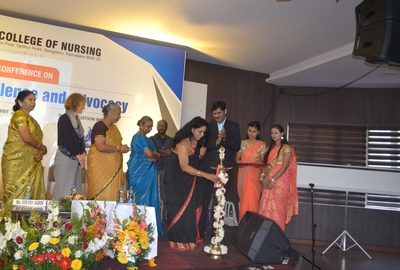 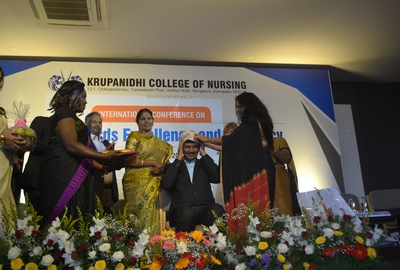